Simon Knight
Self-proclaimed analysis master and a dad of 2.
Successful people can be role models in many different ways. We can watch and learn, and that’s what we are going to do now. This is the story of George Soros, as told by the highs and lows of his life.

It takes a few days to read a huge biography of a famous person, but in reality, it can be narrowed down to something more simple. Like a chart, for example.

Let’s see what a chart of George Soros would look like.

Starting point: He was born to a Jewish family who lived in the Kingdom of Hungary. Having lived through a tough time of antisemitic tendencies and occupation of Hungary, the family had to change their last name to Soros. They were also forced to change jobs, and forge documents indicating their descent and religion.

Higher point: In 1947, he moved to England and started his studies at the London School of Economics.

Low point: He had to work as a waiter and as a railway porter to get by.

High point: He got his Bachelor’s and Master’s degrees in philosophy by 1954

Spoiler: he didn’t come back

Low point: Despite him becoming a vice president of Arnhold and S. Bleichroeder in 1963, the business was not the most prosperous one. Due to Interest Equalization Tax, Soros’ European trading was becoming less successful. But he had a plan, and he started experimenting with his trading strategies in 1966.

Lower point: He had to resign from his Double Eagle hedge fund due to the conflict of interests.

Higher point: In 1992, George Soros managed to secure one of the biggest short deals in pounds sterling. Overall, the position’s worth was $10B.

Lower point: however, this success initiated conspiracy theories concerning George Soros’ influence on the international economy and his intervention with other countries.

High point: By 2013, his fund made $5.5B, which made it the most successful hedge fund in history. 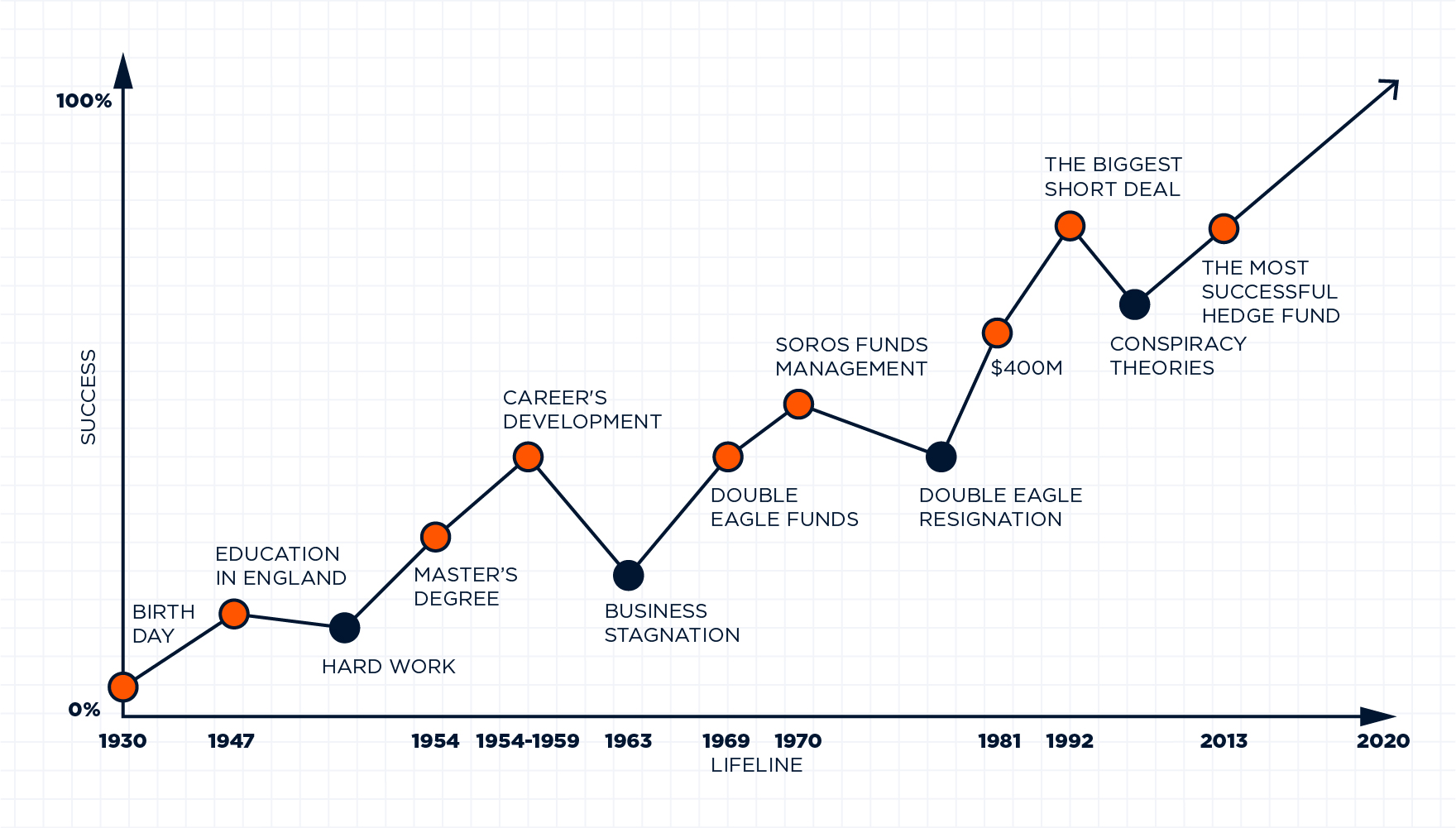 And, as this wise man once said:

Once we realize that imperfect understanding is the human condition there is no shame in being wrong, only in failing to correct our mistakes.

make profit now
Share
Tweet
Simon Knight
Self-proclaimed analysis master and a dad of 2.
more from Investing
Investing
Forex vs Stocks: which suits you better
Investing
The Apple of Steve Jobs’ Eye
Investing
New social media tools to boost your business
Investing
Many computer schemes of the one Bill Gates
Investing
Forex vs. Binary options
Investing
How to diversify your portfolio with Forex